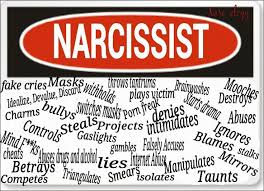 Cues That Someone Is Narcissistic

There are plenty of people high in narcissism who can be spotted right away. to draw attention to themselves at the expense of others. They feel entitled to special treatment and become negative when they don’t receive it. The vulnerable narcissists also need reassurance and have many insecurities.

Psychologists typically conceptualize narcissism as a trait that you’re born, live, and die with, having spent the majority of your life seeking constant attention many studies that were done, prove that when people are introduced to others that have narcissism that may cause the other to decrease their behaviors over the period of time.

Some doctors believe that when a person is feeling down or low self-esteem that may cause them to dig deep into themselves and bring up the narcissistic side in them to bring back their self-esteem up high.

Since we know from  studies that people aren’t necessarily consistently high in narcissism, it means that narcissistic behavior may become second nature to you and your work group around you and give the illusion of high self-esteem. It’s not enough to assume that once a narcissist, always a narcissist.

React in a sensitive way when they feel they’re treated poorly: Studies show that when people are feeling narcissistic they tend to take things more on the personal level, the wrong way and decode your phrase the way they want to hear it.

Annoy you in ways you don’t understand: you may not know the reason for the negative effect on you. Nor for your mood change but your mood is based on the energy around you. If a narcissistic person is bringing negative energy near you. It will rub off on you leaving you in a bad mood; it turns out to be their own antagonism.

They tend to feel that the rules don’t apply to them to prevent such an action you have to brake things down into small consistent orders. People who consistently feel entitled to everything or above all (better than everyone else) they don’t openly confront or challenge you, but they slip in little actions that show they think they’re above everyone else.

These type of people are not easily told or accept “the truth” if told at all. Since they believe they are entitled, above all, as well as know it all. People as such are hard to communicate with, and have to be heard every time they are spoken. Nor can they stand up for a mistake they have made. They are never in the wrong nor will admit to being in the wrong, nearly ever.

Narcissists can be very difficult to work or live around it. Best ways to handle situations for a relationship, future house hold, or even work best way is to not step on their toes as much and perhaps trying to be a little nicer! Bite your tongue and remember once a narcissist doesn’t mean always a narcissist.