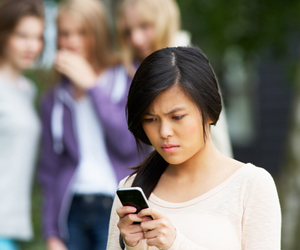 keys and tips for guys to texting girls

Confused about texting girls and don’t know how to keep them interested in the conversation? Here are all the rules for texting a girl you need to know.

For guys existing in the time of instant messaging, texting can be still be considered as the main means of initiating a conversation with a girl, especially if she’s someone whose number you just got. To keep things going forward, understanding the rules for texting a girl is essential.

Texting provides all the services without the awkward fidgeting and stuttering that could occur in a phone call or in person conversation.  However, the convenience and sense of anonymity also leads to certain disagreeable behavior behind the keypad.

Texting girls right – The rules for texting a girl

We assume that when a guy texts a girl, he wants her to keep texting back. Because who knows? Continued texting can lead to phone calls, then dates, and even possibly a relationship. What you don’t want is for the texting to end prematurely because of a stupid mistake. Which is why you need to keep in mind the do’s and don’ts when texting a girl. Always also keep on mind that girls are all just about the same when it comes to attention

#1 Introduce yourself when texting the first time. Just for good measure, since not all girls are keen in remembering every name they encounter in places. This also gives you a chance to come up with creative ways to make her remember and keep texting with you. Introducing yourself properly also allows the girl to know you are respecting you tow’s encounter

#2 Keep it short, simple, and straightforward for the first few texts. In the same way you don’t get too friendly and familiar with someone you just met nor do you get lovey dovely and extra flirtatious, keep the first messages clean and simple by not adding too much information she may not be interested in this way you are not left humiliated. Say what you must say with a little flourish and keep the familiar tone for near future

#3 Keep your text messages smooth and casual at first. Don’t text her the first time asking about what she feels about the current political situation that’s not usually the way to go and she might think you aren’t the type that has anything better to talk about. Start with topics easily digestible and answered. If you do send an opening message that is too strong, she may get weirded out. Starting the texting relationship with casual, introductory topics keep the messages flowing and show her that you are interested in her.

#4 Form your grammar and use appropriate sentences. Texting shorthand *aka textspeak* was acceptable in the late 90s when mobile phones had a constrained character limit and not as easily and comfortably used , but with more powerful phones nowadays, still sticking to unintelligible compressed words leads either to confusion, or you look like you failed English class back in high school most likely it is not attractive to females. Giving the vibe that you aren’t willing to type several extra letters most likely you won’t put as much effort in the relationship

So be a proper human being and use proper words when texting her. It makes you look smart and you convey your thoughts clearly and leaving a classy touch.

#5 Be respectful at all times. As mentioned, some guys feel that they can get away with disrespectful text messages because they’re not communicating face to face. NOOOOOO!!! THAT’S NEVER THE CASE unless you are dealing with a low bomb women they aren’t gonna let you slide with nasty text most likely to brush you off Being disrespectful not only leads to an awkward clash but also lessens the chance for continued communication.

In addition, keep in mind text messages can be saved and used as evidence for harassment in a court of law you don’t want to get locked up :/

#7 Reply when the conversation requires. Because replying to a text message is basically good manners. And if you tend to reply too late it seems to her that you’re not interested in her. So be mindful of your inbox. Don’t over do it and don’t ignore too bad you have “to pull and relax “ this technique will make her waiting for your text badly.

#8 Flirt with her. Start with sweet and not sexual. Once you enter into her domain of trust and confidence, test the waters by sending snappy and playful flirting texts to keep her on her toes and hooked with texting you. How ever remember all text are saved watch not to send it too soon,

#9 Drink and text. Texting girls while under the influence of alcohol is never a good idea. We’re pretty sure that depending on the level of your intoxication, you’ll end up humiliating yourself by saying something stupid and overtly sexual. That is, if your motor skills still allow you to type. Soo most likely if you are drinking I suggest you turn off your phone or tell a friend to watch who you text as a look out. You could end up in tight situations

#10 Text her too much. Don’t text her like you’re a mother that is worried about her 16year old son that has just started driving. Texting too much makes you look (1) desperate for attention, (2) you’re trying too hard, and (3) like a creep. Because from the receiving end of too many text messages, it feels irritating and overwhelming to reply to a mass of text messages. As much as possible, send the same amount of texts that you get from her this way you are giving the same attention you are receiving.

#11 Get angry when she doesn’t reply immediately. Ask her if she’s okay at first. She might be going through something where she is building up and unable to express. Getting angry at her for not replying especially if you’re not in a relationship is downright outrageous and it also might make you look desperate and thirsty. It will not end well for the texting relationship.

#12 Flood her with emoticons. Don’t use emoticons like punctuation marks. Too many emoticons make your text messages hard to read. Oftentimes they even make your message lose context. Think of emoticons as a sort of flourish to text messages. Using too many make it lose its appeal and may not leave her in interest to topics as much. Try and use it to express excitement or shock!!! That will good but using it after and in every text it’s a bit too much.

#13 Start texting her at unreasonable times. Like whenever she’s at work, school, or about to sleep. Short, one-shot messages are fine, but starting a drawn out conversation whenever she’s busy only disappoints you and annoys her at the same time. You don’t want be left hanging and nor leaving the other person in question on whether or not they should give you a chance.

#14 Overwhelm her in a text conversation. If you’re talking about a certain topic, stay on that topic until there’s nothing to say about it anymore. Don’t introduce new topics in the middle of her reply. It’s akin to talking over her in an actual conversation. ( that’s not attractive to women)

But even though texting provides the safety and comfort of not having to face the other person at the end of the line, it is still governed by the rules of an actual conversation. To sum it up, follow these rules for texting a girl and behave in a way to keep the messages flowing. And you should have the first portion to the meeting game down! Good luck and remember if it doesn’t work out with her there is bunch of fish in the seaJ