What Is the Borderline in BPD?

What Is the Borderline in BPD?

The term ‘borderline’ in BPD is an early name given to the disorder as it was understood when it was first described in 1938. People with borderline personalities were considered to be on the borderline of a treatable neurosis and the psychotic disorder schizophrenia.

However, since the 1970s, further investigation into the disorder has revealed that this old name is inadequate to describe it. The name still stands, but the debate continues in the psychiatric community. The most important thing to remember about borderline is that it is an old, outdated term that simply hasn’t yet found its replacement.

What Is a Personality Disorder? 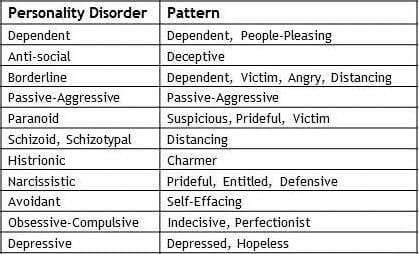 What About Borderline Personality?

Unstable Sense of Self

Poor Self-Image – People with BPD don’t see themselves as others do. Their self-concept may be extremely distorted and is usually quite negative. They usually have periods of high self-confidence followed by periods of low self-esteem.

Trouble Directing Yourself – If you have borderline disorder, you probably have trouble making concrete plans and following through with them. Your career path may be a jumble of false starts and lengthy detours. You may tend to let others or circumstances determine your course in life, because you don’t stick to one goal to its completion.

Impulsive and Self-Damaging Behaviors – Dangerous behaviors are common with BPD. The person with the disorder might drive recklessly, go on wild spending sprees, have unprotected sex, abuse drugs and/or alcohol, binge eat, or impulsively take part in any other dangerous behavior. They may also threaten or attempt suicide, or harm themselves by cutting. 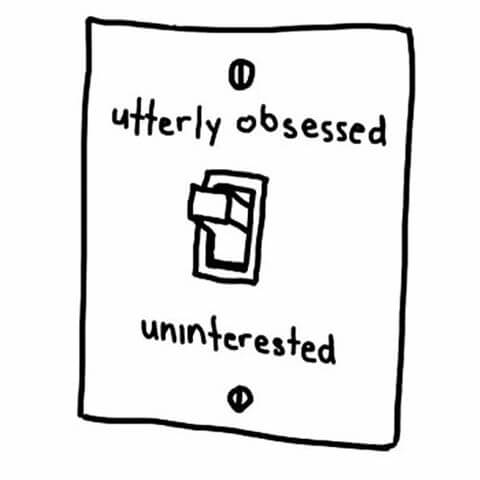 BPD is Challenging to live with. But There’s Excellent Treatment Available

Intense and Quickly-Changing Moods – Unlike familiar mood disorders such as bipolar or schizoaffective, borderline personality disorder features intense moods that nearly always change in a few days or even hours. Many people with BPD also suffer from anxiety and/or depression.

Feeling Empty or Angry – A pervasive feeling of emptiness often goes along with BPD. Anger can also boil up quickly, and the person with borderline personality disorder usually has a tough time controlling it. The thing the person becomes angry about may be quite trivial to anyone else, but to him or her it’s enough reason to become angry and hostile.

Paranoid Thoughts When Stressed – Paranoia can be a problem. It typically comes up only when the person is stressed. However, because the person has poor self-esteem and interpersonal problems, they feel stressed more often than most others do in the same situations.

Dissociating When Stressed – One of the most extreme manifestations of BPD is the dissociative state that can happen when the person is under stress. They can lose touch with reality and even see themselves as if from the outside.

Abandonment Issues – People with borderline personality typically fear abandonment to such a degree that they are desperate and even panicky in their efforts to avoid it.

Unstable Relationships – For someone with BPD, relationships are both intense and unstable. This is partly due to experiencing the relationship in extreme terms, as the person vacillates between idealizing it and criticizing it. Another problem with their relationships is that their fear of abandonment leads them to be needy and clingy or push their loved one away to avoid being rejected.

Anger Management Problems – Since extreme, sudden, and frequent anger is often a part of borderline personality, those who haven’t learned how to control their anger can get into serious trouble. They may get into physical fights to the extent that their actions constitute assault. They often face criminal and civil charges related to their angry outbursts.

Of course, the excessive anger isn’t conducive to healthy interpersonal relationships such as marriage or parenthood. The person with this personality disorder may get over their anger very quickly. Unfortunately, the physical and emotional damage may already be done.

Misinterpreting Facial Expressions – Borderline personality disorder features a tendency to see negative emotions where others don’t. The person they are interacting may not be expressing any emotion at all, but the person with BPD tends to see sadness, disgust, anger, or fear when they look at the other’s face. This almost invariably leads to further interpersonal problems, because the person with a borderline personality bases their behaviors on their faulty interpretations. 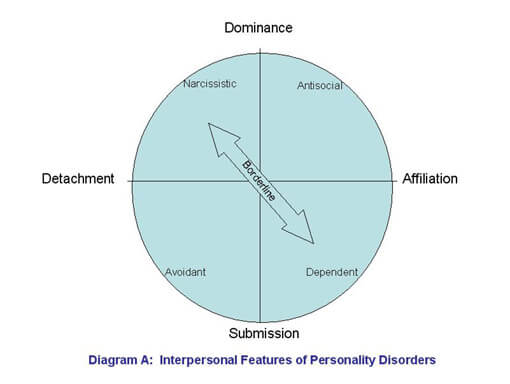 In the past, the psychiatric community assumed that a personality disorder could not be treated successfully. They considered the personality to be fixed and unchangeable. Now, though, the consensus is that borderline personality disorder may not be curable but can definitely be improved. With a new attitude of hope, mental health professionals are using medications and therapies to help people deal with unhealthy personality traits.

Your life can change for the better after you take that first step to talk to a counselor about your suspicion that you have BPD. This personality disorder takes time to treat, but you gradually become healthier and happier throughout the course of the treatment. 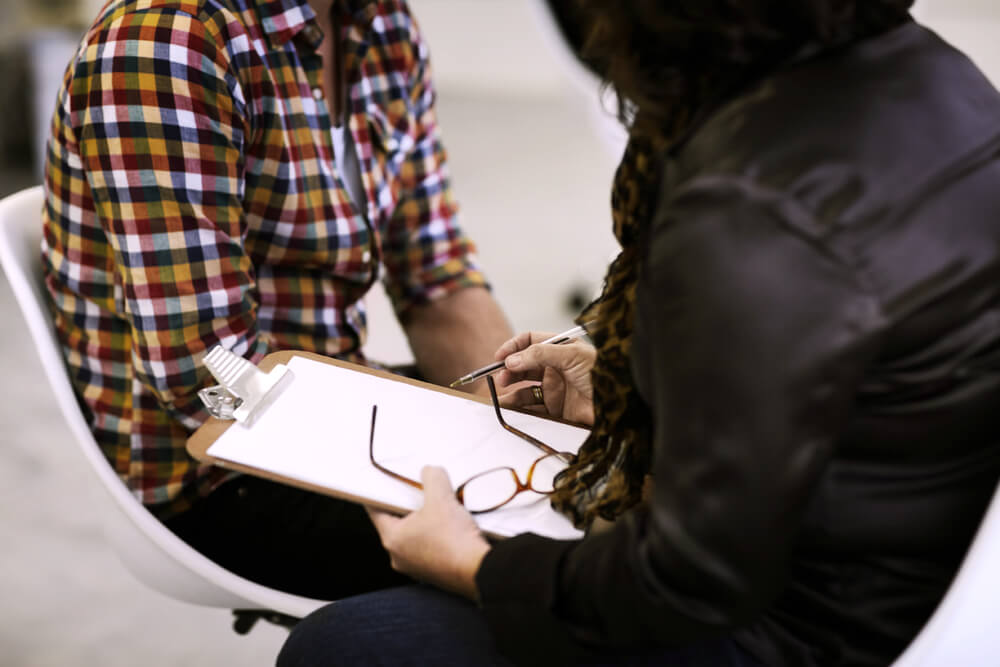 BPD is Challenging to live with. But There’s Excellent Treatment Available

Types of Therapy for Borderline Disorder

Many therapies have been tried for people with BPD, but the two that have proven most effective are cognitive behavioral therapy(CBT) and dialectic behavior therapy (DBT). Cognitive behavioral therapy examines your unhealthy thoughts and helps you replace faulty perceptions with reality-based thoughts. DBT uses a mindfulness practice to experience life in the moment, giving full attention to the information that you perceive through your five senses. Dialectic behavior therapy also teaches techniques for reducing the intensity of your emotions and controls them so that you can have better interpersonal relationships and improved self-esteem. 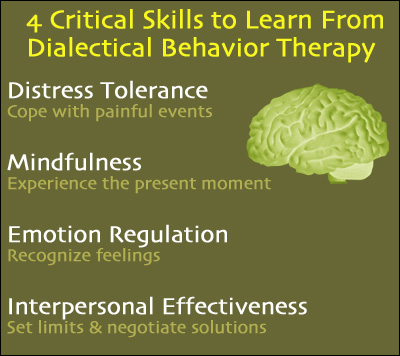 One option for treatment is to choose online counseling. This allows you to work on your personality disorder in whatever environment you find most comfortable. The counselor may use one or more techniques that have proven effective, such as cognitive therapy and dialectic behavior therapy. You can talk to a counselor online at BetterHelp.com for paid professional help to begin the treatment process.

The best thing you can do when someone you care about seems to show signs of borderline personality disorder traits is to try to convince them to seek professional help. Before treatment can begin, they need to talk to someone who can make a clinical diagnosis.

Since a diagnosis is a complex decision based on an objective evaluation, you really can’t do it yourself. To get that diagnosis, they would need to meet borderline personality disorder criteria. 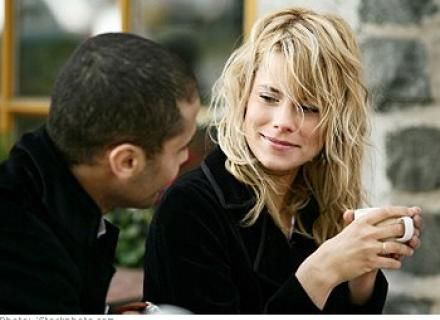 If you find out that your loved one does have BPD, you can help them tremendously by offering them healthy support. Talking to a therapist yourself can help you understand what words and behaviors will help your loved one reduce the impact of their borderline personality traits. You can learn how to interact with them so that their borderline personality disorder relationships become healthy and more satisfying.

You can also benefit personally from the counseling, because your relationship with someone who has borderline disorder may be very painful for you. Talking to a counselor gives you a chance to address your own feelings about the relationship.